Gold Mirror is the name of the Menina (Maid of Honor painted by Velázquez) sponsored by Eurofrits-Aviko within the Meninas Madrid Gallery cultural initiative that until the month of July 2018 will invade Madrid streets with special reinterpretations of the popular protagonist of Velázquez’s masterpiece. At Eurofrits we are proud to take part in this project as an official partner thus making a strong commitment to art and culture.

Gold Mirror, located in the central Montalbán street, in front of the City Hall of Madrid, is one of the 80 sculptures that reinterprets the Infant Margarita’s Maids in the world famous painting by the Spanish Golden Age painter, Diego Velázquez. The project, created by the artist Antonio Azzato, has turned the city of Madrid into the largest urban gallery of contemporary art under the image of Velázquez Meninas, sculptures of 180 cm high fiberglass, 160 deep and about 30 kilos in weight placed in different streets, squares and emblematic corners of the capital. 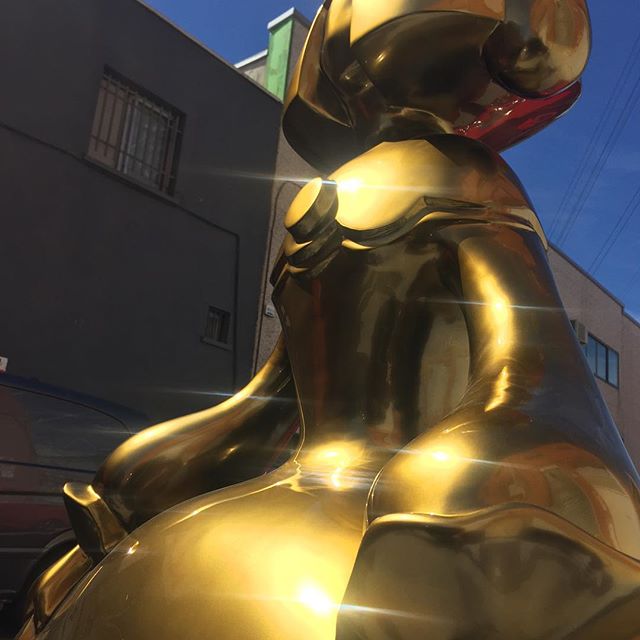 The event organized by the Madrid City Council in collaboration with Acotex is part of Madrid Fashion Capital project and has involved well known and emerging artists from all areas of creation, ranging from plastic artist to musicians, bullfighters, actors or fashion designers. Celebrities such as Alejandro Sanz, David Bisbal, Agatha Ruiz de la Prada, Jordi Mollá, Vicky Martín Berrocal, Nieves Álvarez and Enrique Ponce, among many others, have expressed their vision of the city through the Meninas.

According to Antonio Azzato, artist of Las Meninas, during the presentation of the project at the press conference, “Velázquez lived his life with passion when it came to painting”, whether he painted a jester or a king. “I have created this menina for the artists to face it up as if they were Velázquez, and the most satisfying thing was to see how those messages lead to the same path “.

In a few days, the Meninas have already become the main character of Madrid life, photographed thousands of times and watched by neighbours and visitors on an interesting route through a large open-air museum.